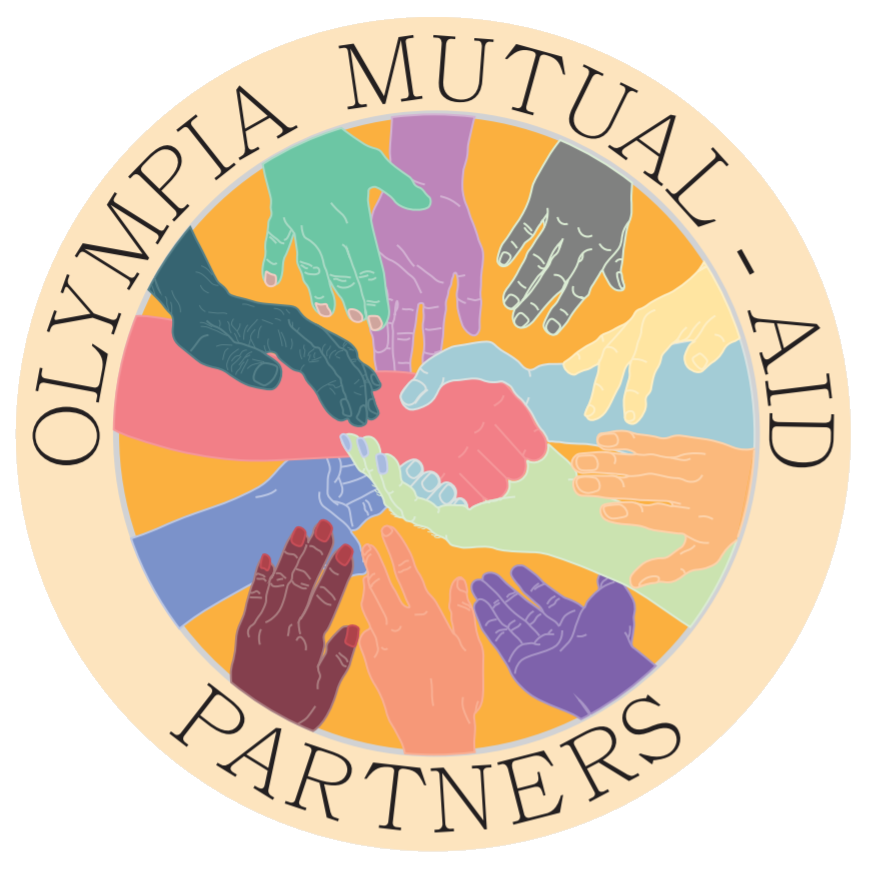 Our mission is to support the right of all people to have a safe and warm place to call home by centering the voices of unhoused and marginalized peoples, challenging systems of oppression, building bridges between housed and unhoused community members through engagement and education, and by offering health, safety, self-management, self-advocacy, and survival support to our neighbors living outdoors. 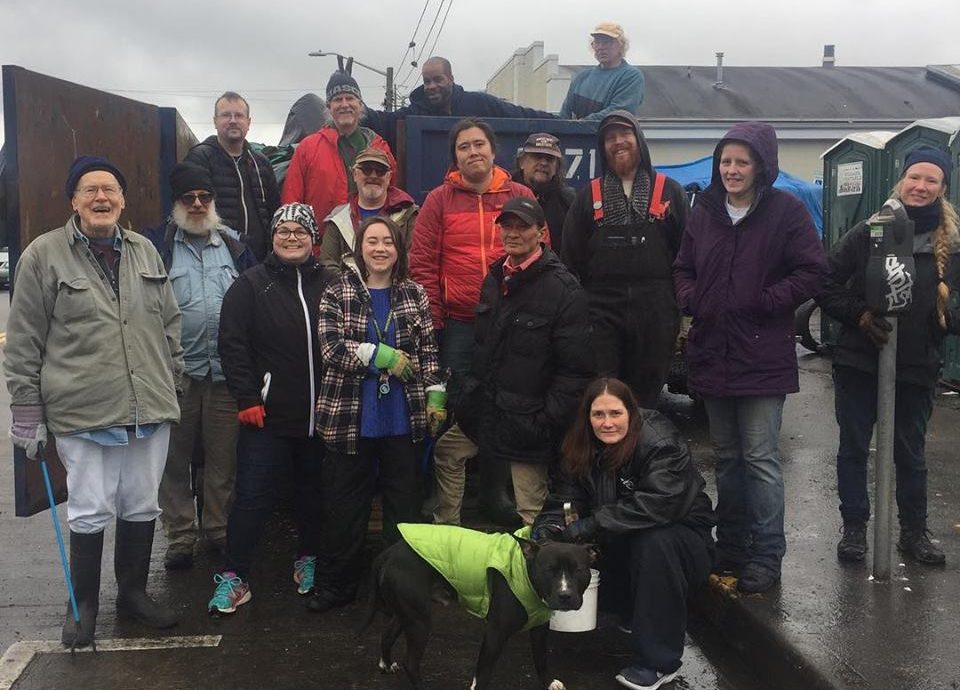 We are a non-profit organization built by volunteers. We offer services to houseless people and communities in need of essentials like water, food, cleaned clothes and trash removal. We also provide self-governance and neighbor relations support to people living in encampments. By partnering with many local organizations, the needs of our unhoused neighbors and the larger community can be met. We are a donation-based group and we accept donations of many kinds: financial, items, clothes and food.

We are strongest when we look out for each other. 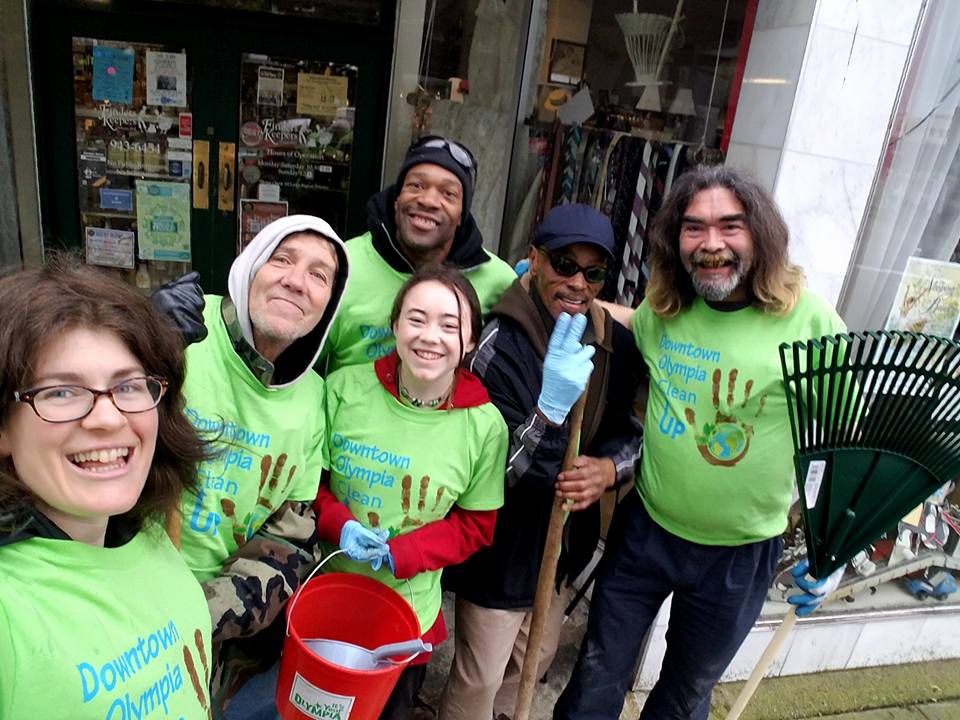 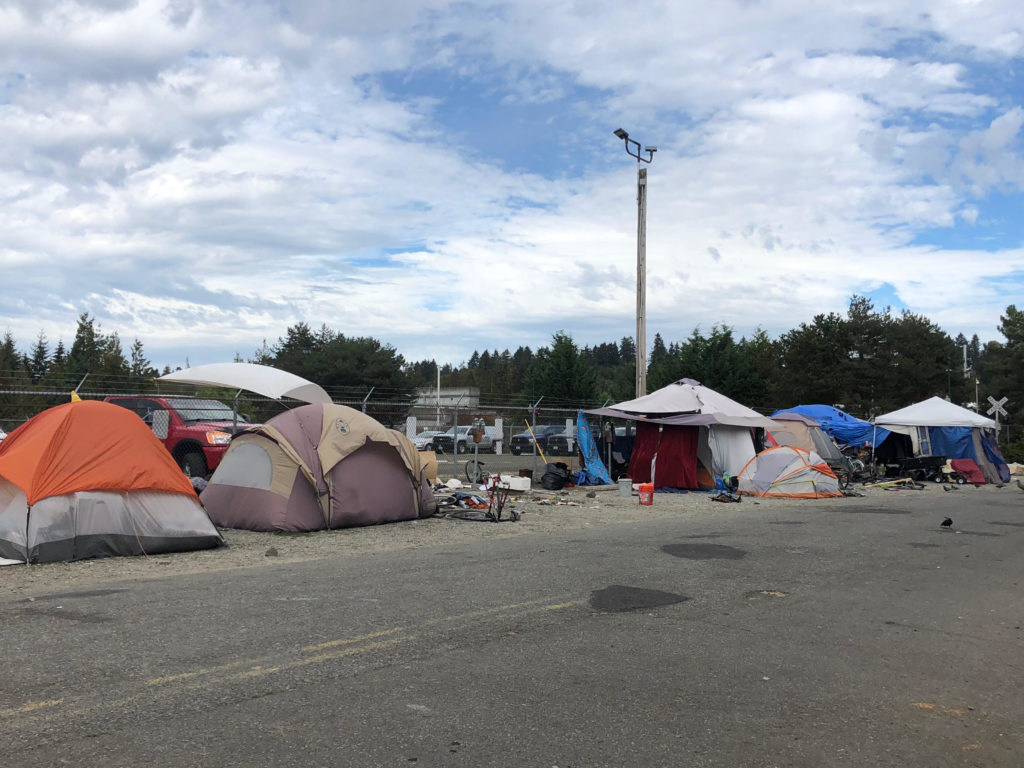 OlyMAP’s story starts before the creation of our organization. In 2016, Tye Gundel and Renata Rollins formed a grassroots advocacy group, Just Housing Olympia (JHO). For its first few years, this group, made up of housed and unhoused community members, was dedicated entirely to advocating for the rights of unhoused people and the de-criminalization of homelessness. In 2018, the organization expanded their scope of work and began providing direct health, safety, and self-governance support to encampments in Thurston County. Between 2018-2020, this organization continued to provide this support while relying on only community volunteers and private donations.

As the number of people experiencing homelessness and living unsheltered continued to grow, so too did the need for encampment support services like garbage removal, laundry, supplies, and assistance in facilitating self-governance. It eventually became clear that in order to sustain and continue expanding encampment support programs, sources of funding and support outside of community donations would be needed—resources that JHO could not qualify for as a grassroots non-incorporated organization. With this in mind, the members of Just Housing Olympia made the decision to divide and create a new, incorporated and fiscally sponsored organization, that would adopt and carry on the encampment support work previously carried out by JHO.

And so, Olympia Mutual Aid Partners (OlyMAP) was created and that is the legacy we carry with us today.

JHO is still active in Thurston County, but now dedicated entirely to advocacy.